Carly and the Reaperman is a co-op game in VR where one player plays in front of the screen and controls the platform character Carly, while the other is playing in VR as the Reaperman, helping out Carly to get around in the world. In the game, you help Carly and Reaperman find souls that have been trapped in the Underworld, and help them move on to the afterlife.

The team and I at Odd Raven Studios made this game as a small team consisting of one programmer, one designer and lastly myself as the Art Director. Now and then we had interns who also worked on game art. I would oversee their work and ensure the art style was coherent.

When the team is this small, you have to shoulder many tasks on your own. So even though my specialization was animation, I was now doing everything from concept, modeling, environment art, rigging, animation, materials, textures and particle effects. 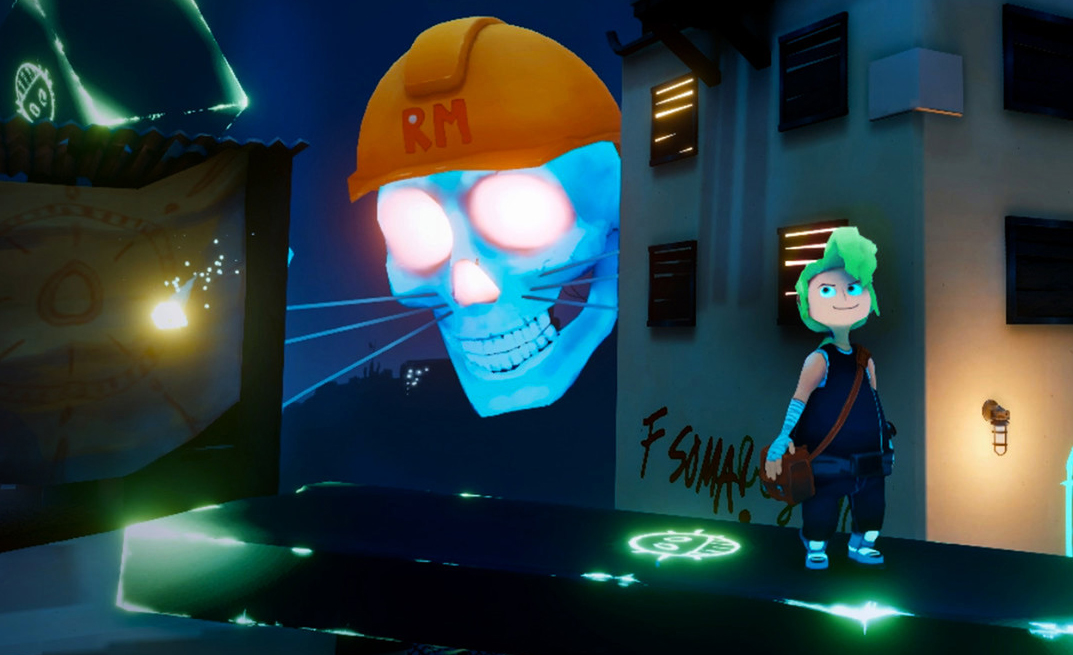 Since we were rendering to three cameras (one for each eye in VR and one screen), we had to be a bit smart about tri counts. We had also tried to make a game that put art first, but made the gameplay a bit unclear; so I had now gotten directions that almost everything needed to be cubic angular. With that in mind, the art slowly started developing To keep polys to a minimum, we made “gameplay islands” in voids surrounded by a texture skybox; this proved to work very well in VR since often people feel ill about traversing through VR-space. Now it feels as if you’re moving a dollhouse rather than moving yourself.

The inspire of the theme in Carly and the Reaperman was inspired by my own cultural background. I started looking at Bangladesh, and used the 1971 Bangladesh genocide as the core which I’d build the world upon.

In the lore, I created the spirits that embodied those who perished in 1971. The more I built upon the lore, the more the world came to life. Scattered in this world are posters inciting people to join the historic rebellion, as well as many easter eggs that reveal the story.